Get the latest information from the CDC about COVID-19.

It is abundantly clear more than ever before, that we as a nation and as a race have never gotten over slavery.  Apparently, Slave owners saw their helpers as Slaves, nonhuman, property to use as pleased, abuse as pleased, whenever and however, as, pleased.

According to the Washington Post, slavery actually dates a full century before 1619. Slavery in Florida reveals how a multinational slave trade built on personal greed and white supremacy forced Africans and African Americans to build North American wealth in which they would not be able to share. Then, adding insult to injury, these early black slaves were erased from the standard narrative of American history.

From the early writings of Freddrick Douglas, W.E.B. DuBois to more recent Black American historians such as Dr. Henry Louis Gates Jr.,  Dr.Mack H.Jones, and many other African American historians all agree that Slavery was and is America’s greatest sin.  Not only was Slavery morally wrong,  more importantly, but it was also economically devastating to the Slaves.

Slavery was used to create the economic engine in America (especially in the South) while White Americans were getting rich yet prevented Slaves from any of its profits.  Slaves did more than just work in the Cottonfield all day without pay- they experienced a life that was pure terrorism being vicious and animalistic raped, cruel Executions – Lynching, Burning… Most executions were done by hanging.  Mutilation – Amputation, Genital Torture, Castration… Sexual Assault. A certain group of enslaved women was labeled “Jezebels” by their owners.  Torture Instruments. The torture instruments come in different forms and severity… living such a life was terrifying and White Americans were the terrorist.  This is only the beginning of, “THE TRIBULATION OF BEING BLACK IN AMERICA”

Black Americans cannot escape the painful history while White Americans cannot separate themselves from their awful past.  These four hundred years of history have impacted all of our lives chaotically as well as dramatically.   Unfortunately, many White Americans have chosen to ignore it,  while on the other hand, most Black Americans passionately feel like a volcano getting ready to erupt.  From the murder of Emmett Till to the death of four little Black girls killed while at a church in Birmingham, to the killing of Trayvon Martin and Eric Garner, (“I can’t breathe”) to the killing of Ahmaud Arbery and now George Floyd (who cried out to his deceased Mother and repeatedly told the officer, I can’t breathe” as the officer kept his knee on his neck until he died).

Too many Black Americans have been killed and are getting killed without any knowledge by the public.  These painful images are too many, and oftentimes, too painful to talk about- This is, “THE TRIBULATION OF BEING BLACK IN AMERICA”.

Through all the struggles and pain, it appears that many young White Americans are not only listening and watching, but they are also participating in standing up against systemic racism, and the acts of violence perpetrated upon Blacks.  I don’t believe the Fox News watchers or Trump’s supporters expected to see and experience this transition.

I cannot pretend to assert any facts about why this killing of George Floyd created the scenes in which we are now watching daily.  It’s a phenomenon and it is happening.  I can only speculate why it is happening.  Perhaps they are attracted to our rich culture, music, dance, real heroes, and our struggle to survive in a system whereby they are intimately aware of the cards being stacked against us.  Conservative White Americans are now waking up to a new dichotomy, their offspring. 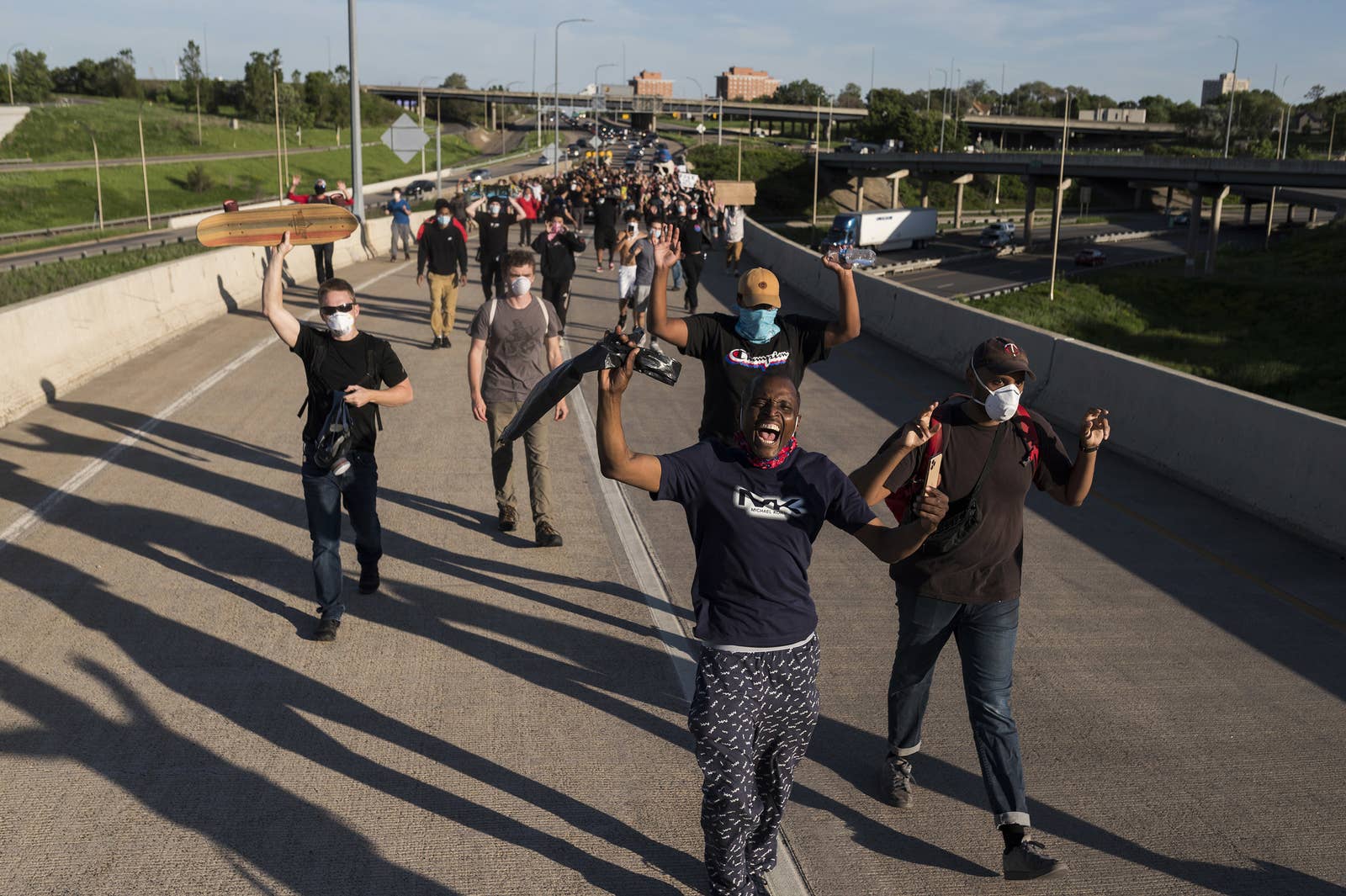 Could it be, THE TRIBULATION OF BEING BLACK IN AMERICA has become the transformative catalyst of the change we hoped for?

Perhaps, it’s the beginning of a long road yet to travel.  Many Black Americans are still disproportionately discriminated against in housing, schooling, community, job, law enforcement…etc, you name it we’ve experienced it.

This, my friend, is our life experiences, this is, ” THE TRIBULATION OF BEING BLACK IN AMERICA”

Did you hear about the rose that grew from a crack
in the concrete?  The crack of Slavery, the concrete of Jim Crow, But like air, I’ll rise

You may kill me with your hatefulness, You may write me down in history with your bitter, twisted lies, You may trod me in the very dirt But still, like dust, I’ll rise

Remember, that the race is not given to the swift but to those that endure to the end. Then we can join hand and, Lift every voice

Lift every voice and sing
Till earth and heaven ring,
Ring with the harmonies of Liberty;
Let our rejoicing rise
High as the listening skies,
Let it resound loud as the rolling sea.
Sing a song full of the faith that the dark past has taught us,
Sing a song full of the hope that the present has brought us,
Facing the rising sun of our new day begun
Let us march on till victory is won.  Stony the road we trod, Bitter the chastening rod.
But like air and dust

THE TRIBULATION OF BEING BLACK IN AMERICA

There are a lot of products on the Market making all sorts of claims,  NUTRA BURST in short, simply works.  For your TOTAL LIFE CHANGES click the link and order your supply today  https://amzn.to/2KSHuaJ

11 thoughts on “THE TRIBULATION OF BEING BLACK IN AMERICA”